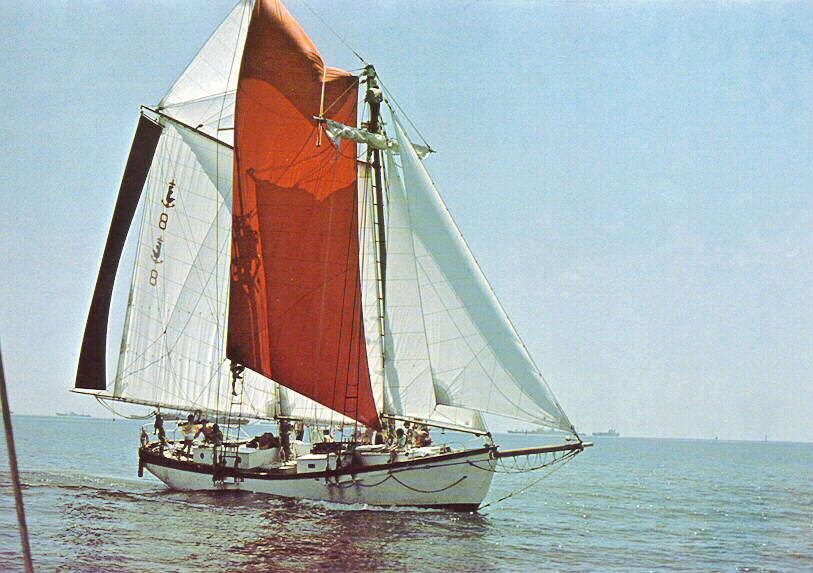 The Chief Aptakisic was a 2-masted schooner that was refurbished and was sailed to OpSail 76 - the Bicentennial Tallship Parade in New York Harbor - and back by high school Zonians. It was docked at Pier 20 - a small floating dock next to Pier 18 in Balboa, adjacent to the Pilot Boat station.

Chief Aptakisic was launched in the Great Lakes and its owners sailed her out the St. Lawrence Seaway to the Canal Zone (circa 1973?). While en route from the Zone to the Galapagos Islands, they lost a rudder. A merchant ship answered their distress call and towed them back to the Canal Zone. Upon returning to the Zone, the  merchant ship asked for reimbursement. The owners of the Chief said, "No, you were answering a distress call at sea and have no right to be paid."

This matter apparently went to court, the owners flew back to the States, and the Chief sat rotting in the Zone for a couple years. In the end, the owners donated the decayed Chief to the Sea Explorer Scouts "Ship 8" in Balboa. That donation occured around 1974 or 75(?).

Once in the hands of the Sea Explorer Scouts, massive fundraising led to her refurbishment and ultimate trip to the Bicentennial Tallships Parade in New York Harbor in July of 76.

More on the Chief